SCCB is not I2C

When reading the descriptions of the I2C protocoll or some other two-wire interface that behaves like I2C in a random datasheet, one often has the impression to have discovered a totally new protocoll. The same thing is described differently, every time!

However, SCCB (serial camera control bus), Omnivision's I2C variant is different: the ACK bit (the 9th bit after each byte of data transmission) does not indicate ACK or NAK but is set at random -- the I2C master is supposed to ignore it.

I tried to hook up some LEDs on the beagleboard-xm using an I2C LED driver (TCA6507 datasheet). Difficult part was to put the SSOP-20 chip on a breakout board (SSOP-to-DIP adapter, from sparkfun).

The TCA6507 can cope with the 1.8 V from beagleboard's expansion header and the 5 V power supply. 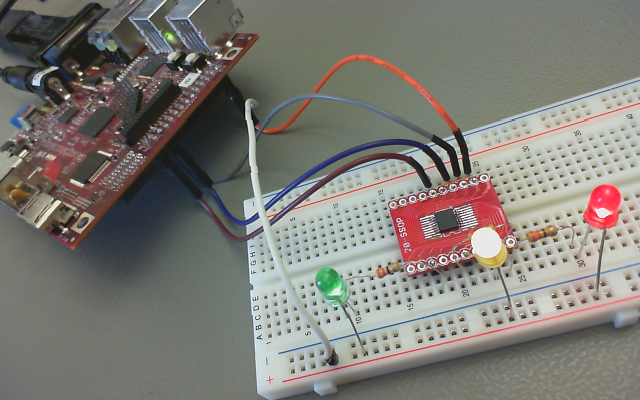 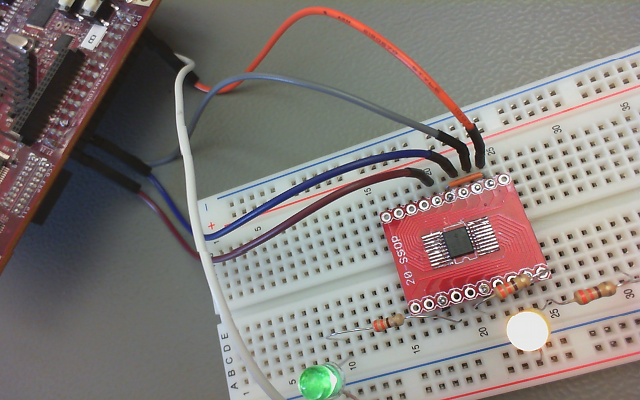